Stand-up storytelling, hip-hop heroics, and emotional nudity collide in Woody Shticks’ smash-hit smackdown of sexual misadventure! Back in the day, Woody’s stash of locker room undies was not the weirdest thing hiding in his family’s log cabin, but it’s a pretty big tip off that he’s not like the others in his conservative Christian school. Then, deemed “too gay to book anything but children’s theatre,” Woody splits New York City to discover just how many people can use him to pry open their closet doors.

But a risky rendezvous on the other side of the world connects the dots between a lifetime of conditioning and some very specific positioning to prove that love and sex are (thankfully) not the same at all. Hop on the scenic route to the bone zone – through good sex, bad luck, and the warmest corners of your own sticky mind – in this honest onslaught of hanky-panky hijinks!

Schlong Song is masturminded by American comic stripper Woody Shticks, who’s taught children’s theatre in 48 United States, toured the world with America’s Chekhov company, and pole-danced his way into the hearts and pants of the Pacific Northwest. Woody’s a founding producer of acclaimed interarts gang The Libertinis, festival headliner around the USA, and a prized performer with Bawdy Storytelling, NOLAW (New Orleans), and house parties everywhere. 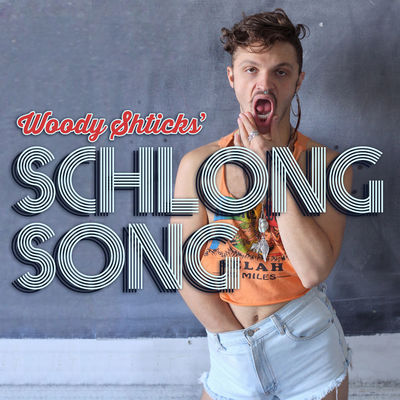