Thank you for your invitation to speak today – it is rather a narrow topic and I am sure, having been alphabetically ordered, that by this stage, the distinguished speakers have already covered the issues comprehensively. So I will try to take a particular perspective. I want to ask some questions and set you some challenges.

LGBT people are like all others, born with distinct characteristics that complete their identity. These characteristics can be used positively or negatively in policy and culture, to lead a fulfilled life or to justify the placing of barriers on the road to personal, social and economic freedom and participation, not encountered by other people. How do we cope with that?  LGBT people come to expect and tolerate a higher degree of discrimination. We always have. We became tougher, as so many young people who found they were no longer connected with family or community, in a way they were schooled to expect, became independent in their need to survive. The strong ones did anyway. It is comforting to speak in the past tense about that, but it is not wholly accurate.

We all have our differences. It’s what makes life interesting and it is of use. As the recent referendum demonstrated – society needs its minorities. Why? Because minorities often create the opportunity for the majority to come together, to finally do the right thing and what celebrations ensue! Just as was said post decriminalisation – ‘sure you are all legal now, what’s the problem? This is not an accurate analysis of what our life experience is or what has been embedded in a workplace and societal culture.

Watch out for the signs. I worked while doing my Masters here in UCD on a school show and noticed that within a day or two, many students made a point of telling me one of the teachers was gay – I was never told anything personal about any other teacher. Section 37 of the EEA allowing religious bodies to discriminate in order to protect their religious ethos was not born as a measure to discriminate against LGBT employees, it was born to protect a minority religion from being subsumed by the majority religion’s ethos in the healthcare system. Beware of the law of unintended consequences. I recall when civil partnership was introduced, public servants who applied for their legal entitlements to seek ‘marriage’ leave were now risking endangering their employment, if they worked in the health or education sectors. The majority religion was delighted to support the minority religion’s rights, smartly recognising the exemption as a licence to discriminate against another minority they found far more threatening.

As we celebrate this new equality, we pay little attention to the legacy issues. To those who were prohibited from getting married or believing they could sustain a relationship, as families ignored their need to love, it is too little too late.  Those whose compulsory singlehood, means that even if they had a partner at 65, this legislative reform came too late to provide for pension qualification, as they retired before 2011 and the discrimination remains ongoing for those people in their older age.

At one time, the common bond of shared discrimination united us – there is a divide now – a generation who are born free and those who were not – it is vital not to leave them behind as we stand on their shoulders. I see many signs that that is exactly what will happen in our new freer culture.

There is also a human reaction on our side. When you are no longer different, nobody wants to interview you – and I know some NGOs are finding this new normality quite an adjustment, as are young people who created a media identity from being ‘different’. We are not. We must not create issues for the sake of maintaining profile. I asked Messrs Manning and Mills on Twitter would they ever be invited to speak anywhere by the Iona Institute once the referendum was decided? I’ve been proven correct. A dysfunctional society rendered us different because it was incapable of inclusion. The new Republic thrived on finding, ostracising and punishing difference – ask the Magdalens, the institutionalised children, people with disabilities and many others including of course ourselves. Perhaps we will finally no longer need to explain ourselves in our families, in our communities and in our workplaces? That will help.

It is held that customers are more likely to ‘do business’ in a place where you can ‘see yourself’ behind the counter. How many LGBT citizens see themselves reflected in their workplace or service providers? Diversity means difference – but it is not acceptable for us to wait to be declared or labelled different or to accept any such declaration.  It is for employers and the service providers to develop the knowledge and capacity to respond to difference. In doing so, it will clearly see the merit and ability of all workers. Those who don’t, or don’t want to embrace this equal opportunity, may plead the ‘cost factor’ in accommodating diversity. How much does changing your attitude cost? – nothing. Attitudes change more rapidly when there is leadership from the top. Attitudes that have been embedded in workplace culture for decades, will not be changed in any meaningful way overnight. They will not be changed by holding a conference, tolerating a small diversity project, setting up an LGBT committee, while concealing the old ways at the core. Real change means invoking the merit principle and sticking to that in the workplace.

It is important too that the outcome of the referendum does not push our detractors underground, where they can influence and thrive. There are those who wish to maintain discrimination and they exist, but dangerously are perhaps now less visible. There is an advantage in being able to see ‘the enemy’. Discriminators must be told clearly that it is they who now behave differently, by being out of step with an inclusive, pluralist society. The boomerang of difference must be swiftly returned to those who seek to discriminate. The responsibility to explain such behaviour is now theirs, not ours.

I was never openly discriminated against – people knew that I had learned to tackle that form of discrimination head on. What I encountered was far more covert. It is the whisper at the coffee break at the interview panel. The slight hesitation at the reference phone-call, the mention of your family status, or of course the physical gesture. And people in positions of privilege, still sore at the defeat of exclusionary Ireland will, like the Masons, still find a means to use their codes and ‘handshakes’ to get their prejudiced points across.

I have during my career been present at many a human rights discussion. I have heard a ‘human rights’ protector proclaim that the current ‘gay agenda’ was to ‘tell people not to kneel down at mass’ or as another protested that she had’ given two of them a lift in her car one day’.

So while the electorate’s message is clear that we are no longer different – the challenge has always derived from the fact, that we accepted the shame and the ill treatment in the past. Do not accept being treated differently now. Your personal life can remain that or you can share it openly in work. What is different and shameful is ongoing discrimination and whether it is on this ground or any other. We have learned the hard way – our commitment to combating discrimination should not be just for ourselves, but to combat all forms of discrimination. Where its existence can be tolerated, it can be reborn.

I have always believed in equality, and even I found it a challenge to fight blatant, hurtful, discrimination. I was giving a talk one day and when I left, I asked myself what I was going to do about the discrimination I was facing. In order to seek redress we need to ‘out ourselves’. So I did take on two bodies. One a bank and the other a service provider and challenged their harassment and discrimination. (Give details of cases). I practiced what I required of others, challenged and won. It wasn’t easy, but putting up with discrimination is worse.

Nobody here needs special treatment in the workplace of the future – we need equal treatment. Though the laws protect us from discrimination in employment and in the provision of goods, facilities, services and accommodation, we who have made progress, now have an ongoing duty to challenge the concealed actions of those who cling onto their powerful positions, where they can discriminate, covertly, at will.

We are stronger now. Our self esteem and mental health is better. Our families are more loyal, our communities more welcoming. We have a right to expect fairness and to be judged only on our many merits. We each must work to ensure that, not only for ourselves, but to prevent other minorities accepting or facing what we did. Ireland is a better place now, but our duty is to embed a new culture of respect in workplaces and communities where none previously existed. Ireland has been cosy without that for 100 years. It’s a lot of time to make up for. 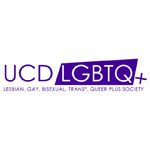