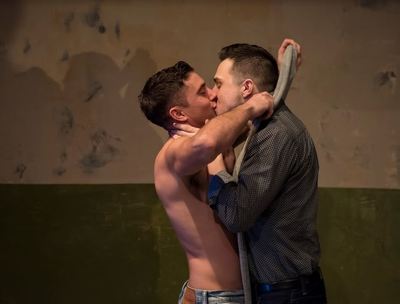 Lured is a brutal depiction of gay persecution in Russia. Based on factual accounts, the play focuses on a Russian hate group’s attack on a young gay man and the repercussions that follow, when his loved ones decide to take action.
Lured wonders if hate is inherent or taught and whether revenge is ever the answer. In this current world climate, the play could not be timelier.
Lured is for mature audiences only (contains nudity and depictions of brutal violence and humiliation.)

Frank J. Avella – Playwright – received a 2015 NJ State Arts Council Fellowship Award for his play, CONSENT which was a 2019 O’Neill National Playwrights Conference semifinalist. Frank was also awarded a 2016 Helene Wurlitzer Residency Grant & Chesley/Bumbalo Foundation Playwright Award for CONSENT. Frank’s play LURED was an O’Neill National Playwrights Conference semifinalist in 2018, was awarded a grant by the Arch and Bruce Brown Foundation that same year.
Cali Gilman – Actress (“Tatiana”) – Won the “Best Actress” Award at the 2018 New York Theater Summerfest for her role in Five Women.
Kalen J Hall – Actor (“Sergei”) – Won the 2017 “Best Actor” awards at the Los Angeles Actors Award, New York City Indie Film Awards and the Top Shorts Film Festival for his role in the sci-fi action film “New York 2150.
Randall Rodriguez – Actor (“Yuri”) – Won the “Best Actor in a Drama” award for the film “Last to Fall” (2018 Brightside Tavern Film Festival)
GayCityNews called Lured, “potent and affecting”, adding it is “among the most arduous and exhilarating 80 minutes I’ve spent at the theater in recent memory.” [New York, November 2018]
BoyCulture wrote that Lured, “takes a piece of gay history and turns it into an examination of the human spirit, of the propensity for human good and evil,” and labeled it “revelatory.” [New York, November 2018]
Popdust wrote: “The script is blistering. The performances, scalded. The direction, untempered and abrasive. It blazes a trail through the psyche that will not cool any time soon.” [New York, November 2018]
Theater That Matters said Lured is “timely, relevant to our political climate, and heart wrenching…This is a prime example of Theater That Matters!” [New York, November 2018]
Opplaud(TM) Gave LURED 4.5/5 Stars [New York, November 2018]
Recensito.net said Lured “leaves you breathless, like a punch in the gut… and leaves your soul restless in its wake”[Rome, Italy, January 2019] 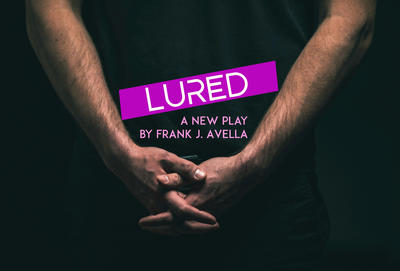