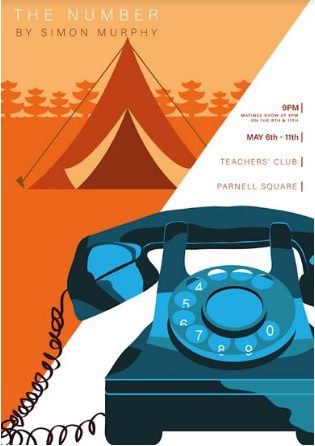 The Number (runs with A Southern Fairytale) Teachers Club until Saturday 11th.

It’s nine p.m. in the Teachers Club studio theatre. A man walks out onto the stage, a man in casual pants and a flannel shirt, an ordinary man, someone you’d see walking down the street or waiting for a bus or trying to puzzle out how the hell to pay for parking at Dublin Airport.
This ordinary man walks out onto the stage, and begins to talk. And something extra-ordinary happens. For the next fifteen minutes, his quiet voice draws you into the photo album of his own early life, which, in some vague but palpable way, evokes your own memories, and invokes the ghosts of who you used to be, even if they look nothing like his.

But there is still a connection, somehow, between his tale and yours, which this honest and simple bit of beautifully structured first person story-telling establishes without fanfare, and with not a wasted word. In this short but memorable bit of biographical haiku, veteran DIGTF playwright/performer Simon Murphy has crafted a poetic intertwining of Ireland’s long journey towards decriminalisation with one lonely gay boy’s journey towards the man he would eventually become. In Limerick, no less.

It only lasts a quarter of an hour, but “The Number” makes a big point — the notion that “the personal” is also inescapably political, whether we like it or not. In doing so, it offers a little gem of personal reminiscence tucked around tectonic plate shifts in the public sphere of gay politics.