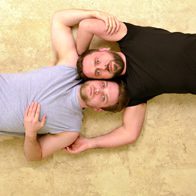 Celebrate Heroes and History-Makers at IDGTF 2016!

IDGTF is the largest event of its kind in the world. It celebrates the contributions of the LGBT community through theatre and gives a valuable platform to talented and varied participants from Ireland and abroad.

Our programme is carefully curated by our Artistic Director from over 100 submissions to ensure high artistic standards. But most of all it is fun, exciting and open to all!

In 2016 we celebrate heroes and history makers. From ancient Greece to Oscar Wilde to 1916 and on to modern Ireland, Iran and Russia we explore where we have come from and where we now.

Here is a preview of the 2016 Festival Programme:

Julie Andrews, Alan Turing, Padraig Pearse, Oscar Wilde, Roger Casement and Helen of Troy will all be joining us for Festival 2016. We hope that you can join us too!