This high speed zany comedy from Canada is infectious. Our two young attractive characters Jess and Nick are feckless, lazy and full of themselves – like a next generation ‘Will and Grace’ friendship. They hate their workplace an all night restaurant with a pretty gross clientele.

They do a certain amount of work but are wrapped up in themselves – straight girl and boyfriended male friend. They are self obsessed drinkers who when they are together neither see nor hear anyone else (not even straight co-worker) John – the cinderella of the story.  John does everything to be included and the ‘ugly sisters’ are having nothing to do with it. A lovey cameo role that draws the empathy of an audience.

No, Word Play is not a childrens story even if Nick and Jess are childish in their assertions – it is contemporary modern and at times raw. The delivery is so fast paced it is like eaves dropping on a highly charged conversation where we are all on the same wavelength. Sometimes they shout over each other, other times they can’t as one of them is drinking stolen booze. There is real skill in the seemingly casual delivery.

They hug, reaffirm, insult, reject, challenge and question every word uttered in their end of shift ritual. The friendship is deep but there are boundaries. They love taboos and breaking them. Am I slim fat? Is that a name you called me or a term of affection? They are loud, opinionated and self effacing in their razor sharp humour.

If you are lucky, you will be offered a free beer, but don’t imbibe too much because you need all your wits to keep up with this marvellously delivered, very funny fast paced story. Word Play proves Nick and Jess do make a play about words and word plays matter. Runs until Saturday, you will laugh and love it! 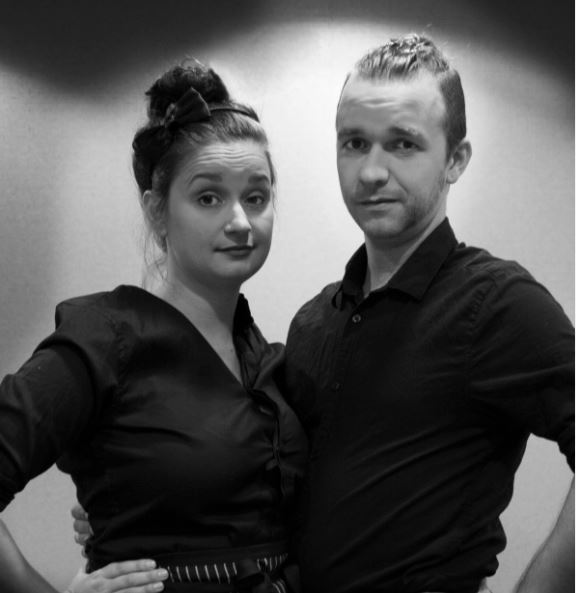