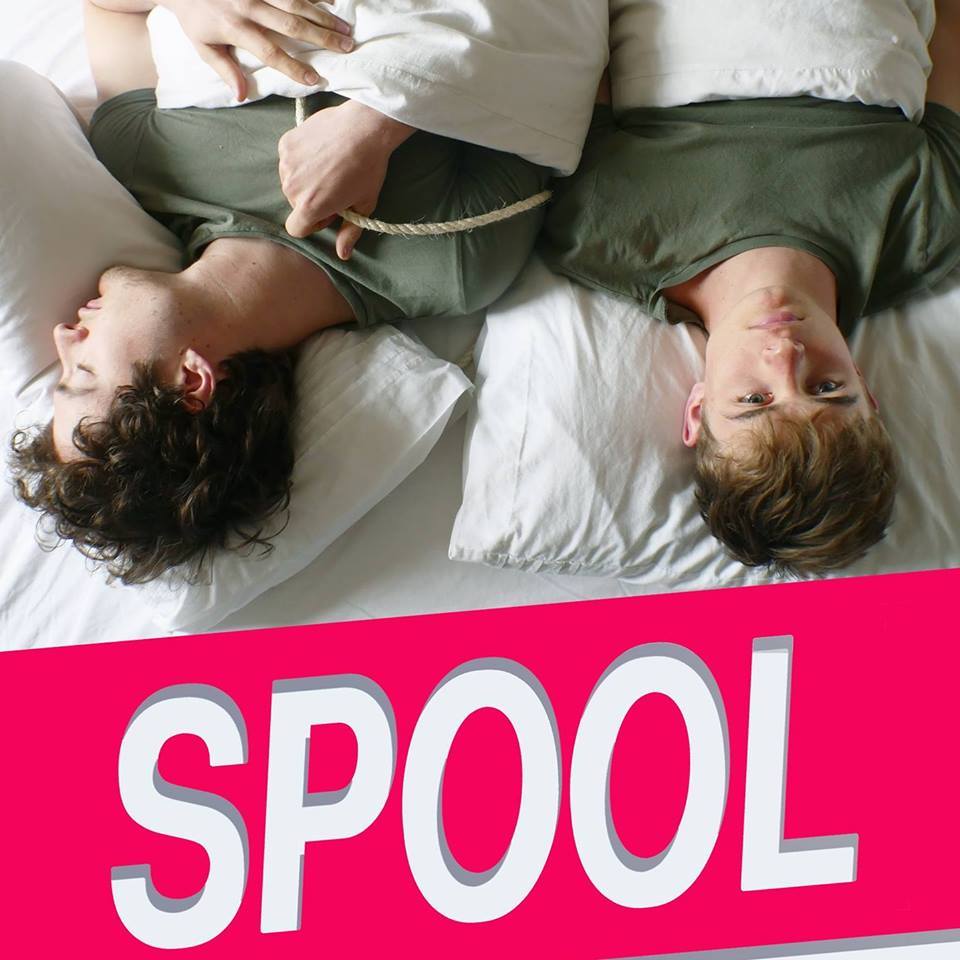 Spool is an introspective analysis about what it’s like to be a young man.  Honest, candid and raw, it shows the inner-monologue that haunts every young man and the extreme pressure they can sometimes put themselves under.  These pressures often manifest themselves ten fold in gay men and it’s for that reason that this piece is a skillfully judged and important addition to an LGBT festival programme.

Finn Cook (Mind) is as skilled a poker-faced actor as Otto Farrant (Body) is a contemporary dancer.  Attached initially with a piece of rope, their use of expressive movement, where body ‘spools’ information to feed the mind is a joy to watch.  Ultimately, body and mind fall out and agree to separate, leading to a series of interpretive scenes that show just how important it is for Mind and Body to work together. Giving an intelligent nod to the working methods of Frantic Assembly and the early workings of The Marx Brothers, this is a well thought though and ridiculously originally piece of work.  Spool seems an unlikely context for a winning double-act, but these talented young men have the potential to be to theatre what Penn and Teller are to magic.

As important to starting a conversation about Mental Health issues in young men, as it is to emerging artists and original and unique performance style – Spool will impress and delight you and must be seen.